Even if the economy recovers, Biden won’t be Sleepy Joe 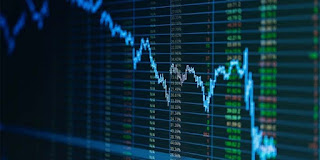 The Coronavirus is not only a deadly crisis for the world, but it could also be a deadly crisis for Trump’s presidency. The virus is playing havoc with the economy and if the nation is in a recession in October, President Trump is very likely to be defeated by his Democratic opponent, even if that opponent is the dogcatcher from Outhouse, Texas. And Joe Biden, the presumptive Democratic nominee, is not a dogcatcher.

The economy is Trump’s strongpoint and if it’s kaput, so is Trump’s presidency. If the economy is strong in October, Trump stands a fairly good chance of being reelected in November. If not, he’s history.

But even if the economy recovers, Biden won’t be Sleepy Joe, as Trump likes to call him.

One thing is for sure, Biden is not sleepy, nor is he senile as one of my friends keeps calling him. And Sanders has no chance of being the Democratic nominee.

Biden will select a woman as his vice president. Kamala Harris, who once blasted him for his civil rights record as a Senator, is now gushing all over Biden, a crass effort to secure that vice president spot. But Biden does not need Harris because he’s got the California and black vote locked up without her. My bet is that it will be former candidate Amy Klobuchar.

Trump’s problem is that his base is made up of only 35 percent of eligible voters. A Biden-Klobuchar ticket will be a formidable one even if the economy is strong.

Up to now, Joe ‘White Obama’ Biden has been directing his campaign almost exclusively at the black community. That’s why he won big in South Carolina and Mississippi. While Blacks make up only 13 percent of the population and even though they are much better off under Trump than they were under Obama, 95 percent or better will vote for Biden, and that is a significant voting-block. There are about 8 million Jews in the US, and 80 Percent of them will vote for a Democratic candidate, even if he is the dogcatcher in Outhouse, Texas. That’s another significant voting-block. And a Biden-Klobuchar ticket will attract a lot of suburban women.

Trump did not help his cause by downplaying the coronavirus as nothing more than a bad cold and openly dismissing or criticizing the warnings by key infectious disease experts early on during the crisis. That ‘bad cold’ has put his presidency on life support and Biden could pull the plug on November 3.

Trump’s best hope is that by July the coronavirus crisis will be over and done with. The grave economic damage the virus has done will have cost countless Americans their jobs, including many in Trump’s base. If the country is still in a recession by October, Trump is toast. On the other hand, if the economy is robust again by October and everyone is employed again, Trump has a fairly good chance of defeating Biden.

Posted by BarkGrowlBite at 3:48 AM

Why didn't you touch on any other issues such as immigration? Immigration reform is what initially put Trump in office. I will never forget Trump making his announcement to run on the immigration platform. People were shocked because it wasn't politically correct. I believe when the Pandemic is over you will see the U.S. gain a lot of Chinese manufacturing and that will benefit the U.S. and President Trump.

Trey, immigration is the last thing people are worried about now. When the pandemic is over, it will take the economy some time to recover and that may be too late for Trump. But as a die-hard member of his base, you cannot see that, or you do not want to see it.

As for those Chinese manufacturing jobs, they won’t return to the US until the cost of Chinese-made products, plus the cost of shipping them to the US, equals what it costs to make them here.

Sleepy Joe might be Dead Joe. Or at least stroked-out Joe. One advantage he will have now, not having to keep up with a grueling series of campaign ralleys will conserve his limited strength and mental acuity.